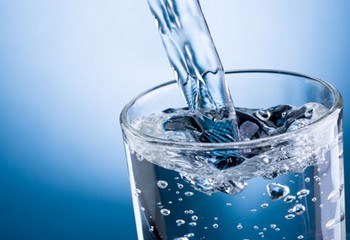 If Water Runs Through It - We Can Do It!

What is Hard Water?

Hard Water refers to water with hard mineral content. Technically, any water with 1 Gram Per Gallon (GPG) of minerals or more is considered hard, however 3.5 GPG is still considered relatively soft water. 10.5 GPG would be very hard water. A water test kit can be found online if you are interested in testing your water hardness at home.

Scale & Lime From Hard Water Can Cause Damage To:

These softeners cycle water through two separate tanks. One filled with brine, and the other with special resin beads. These beads have a negative electrical charge that attracts the positively charged mineral ions of hard water while giving off sodium ions. The attraction causes minerals such as calcium and magnesium to adhere to the resin beads as the water passes through the tank, resulting in soft water.

Salt-free water softeners use potassium chloride in lieu of sodium. People who are concerned with their salt intake may prefer to use this type of system to condition their water, though technically, these systems don't actually soften water, but rather function as a descaler, preventing the minerals from depositing throughout water systems and causing damage.

Traditional water softeners are designed to disconnect from the water system when recharging. For families that require round-the-clock soft water, a dual tank system may be preferable. This may also be a better long term solution for homes with very hard water. With a dual-tank unit, when one tank is in use, the other is regenerating, resulting in continued access to soft water. These units also operate on-demand, allowing them to be smaller in size than single tank units, but keep in mind that they must be installed near a drain for backwashing, near the main inbound water line, and if you choose a model that runs on electric, near a circuit as well.

According to manufacturers, this plug-in device, which clips onto the incoming pipe, sets up a magnetic field that changes the electromagnetic properties of the calcium-carbonate minerals so they are repelled by pipes and each other, resulting not in soft water, but theoretically preventing scale. Studies on these products have been inconclusive.

We recommend Ecowater systems to all of our customers. Their state of the art water softening systems are attractive, well constructed, and dependable. They offer one tank, two tank and compact systems that can serve any of your water softening needs.